Good time to restart blogging. Have been waiting for a long time to do this but sometimes it was the lack of ideas but mostly the lack of inclination that held me back. Ultimately, I found the inspiration to write again while watching a rerun of “Rock On” – sort of a cult movie.. 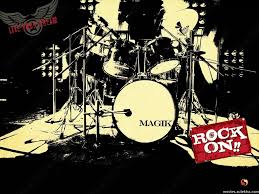 Ten Years ago, I was in IIT, figuring on what to do in life. I was equally vociferous about my opinions on various issues – everything from secularism to ragging to college reservation to Bomb Blasts – on various discussion forums….I honestly don’t know and probably care less if I still hold onto those opinions. But it demonstrated an sense of passion for what went around me. I was immensely inspired to serve the nation and felt a responsibility to do so studying in the most premier college in the country. When I look back it, I feel proud of myself…

Here, I got in touch with few people who were equally driven by the fire like I was. It was the time when a few movies like Swades and Rang De Basanti awakened the entire nation. There was a sense of unity and aspiration among people like never before – an air of enthusiasm and optimism. It was just fantastic to exchange your ideas and passion with friends who shared the same enthusiasm as you. Still remember watching the first day show of RDB with few such friends…Honestly, I am not in touch with most of them but after such a long, I feel very happy to have such fond memories. Three such friends – PS, AS and NS – left an indelible mark on me. Now that I mention their initials, I finally realize they all shared the same last initial as mine!! 🙂

We came together to be part of an elite club – TeamSwades – a mission for change. Driving change in educational system was our common purpose as we all believed that the current system has its inadequacies and did not prepare children to pursue their interests. Instead, we ended up creating a bunch of engineers and MBAs who probably never wanted to become one…I still am amazed by this coincidence – it took a movie discussion forum and an All-India discussion event at Reliance Web World that brought us together.

PS and AS were from the same city so it was easier to meet them – infact they attended a special screening of Swades that I organized at IIT Bombay. I am simply amazed by their extent of passion – PS is extremely passionate about movies and how India needs a sustainable future using green energy. AS is spearheading a movement to drive leadership among youth through a series of social programs. He has been doing it for the last 4 years but I have never seen him lose a drop of enthusiasm. My meeting with NS happened a year later – It was at my convocation at IITB. We had become very good friends and I was simply blown away by the passion this girl had. From covering news beats for TOI or working for a youth magazine to campaigning for BJP, she has done everything. She whole-heartedly participated in anti-reservation protests which rocked the nation nearly 10 yrs back.

Honestly, compared to these people, I had done very little – But I was happy to be the force that brought us all together. It’s hard that 4 strangers could come together driven a common sense of purpose and become good friends who could share, discuss, talk and dream like no one else….

The thought came back to me when I saw “Magik” perform at Rock On after 10 years of separation. Today, PS is working his way through a corporate career. AS derives a sense of fulfillment through his work but is finding hard to reconnect. NS is married and happily settled but separated from the rest of the group. As for me, I am picking up pieces of my life which have come apart over the last year.I know that Magik happens when the team comes together but like KD, there has to be someone who can bring the gang together. It’s this incredible and powerful thought which provoked me to write this. Honestly, I just feel so energetic and I am sure this energy will recycle through me again and again. After all, success is nothing but moving from one failure to another without loss of enthusiasm…

I know this is the start of a long & difficult yet beautiful journey. Look forward to it. It’s time to feel proud again!!